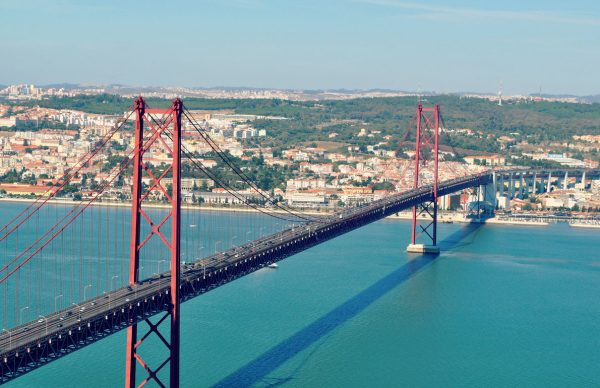 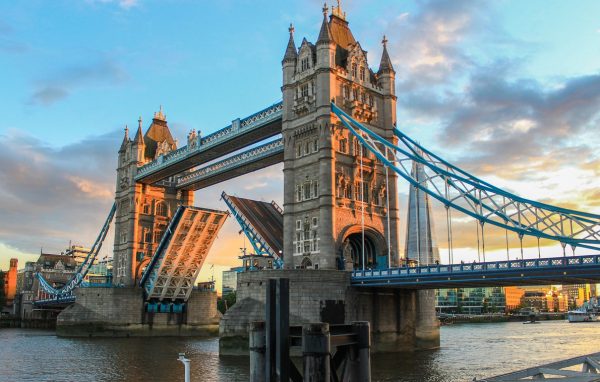 The Tower Bridge London – UK
Tower Bridge (built 1886–1894) is a combined bascule and suspension bridge in London which crosses the River Thames. It is close to the Tower of London, from which it takes its name, and has become an iconic symbol of London. 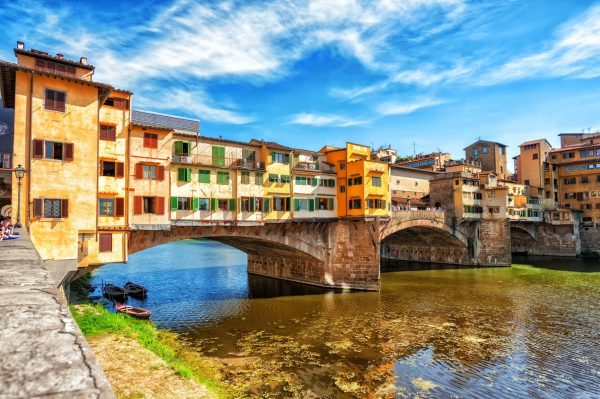 The Ponte Vecchio Florence – Italy
The Ponte Vecchio (“Old Bridge”) is a Medieval stone closed-spandrel segmental arch bridge over the Arno River, in Florence, Italy, noted for still having shops built along it, as was once common. Butchers initially occupied the shops; the present tenants are jewelers, art dealers and souvenir sellers. The Ponte Vecchio’s two neighbouring bridges are the Ponte Santa Trinita and the Ponte alle Grazie.

The Bastei Bridge Lohmen – Germany
The Bastei is a rock formation towering 194 metres above the Elbe River in the Elbe Sandstone Mountains of Germany. Reaching a height of 305 metres above sea level, the jagged rocks of the Bastei were formed by water erosion over one million years ago. They are situated near Rathen, not far from Pirna southeast of the city of Dresden and are the major landmark of the Saxon Switzerland National Park.
The Bastei has been a tourist attraction for over 200 years. In 1824, a wooden bridge was constructed to link several rocks for the visitors. This bridge was replaced in 1851 by the present Bastei Bridge made of sandstone. 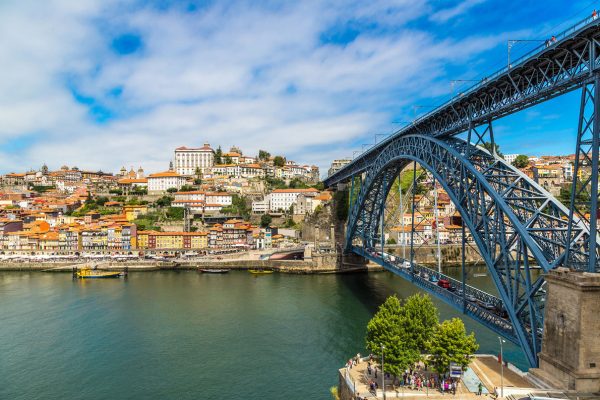 The Luis 1 Bridge Porto – Portugal
This truly is Porto’s emblem. We recommend that you take a boat trip under this amazing bridge or take a walk to appreciate this grand feat of engineering. Take the lower deck to reach Vila Nova de Gaia and its cellars and the upper deck for a perfect view of the town.
Designed by the engineer Teófilo Seyrig, yes you guessed it, a disciple of Eiffel of the Eiffel tower, was inaugurated in 1886 and comprises 2 overlapping iron decks. It is 395 meters long and 8 meters wide, and its arch is still considered to be the world’s biggest one in forged iron. Nowadays the upper deck is used by the Metro of Porto, connecting the area of Porto’s Cathedral to the Garden of Morro and to the Avenida da República in Vila Nova de Gaia. 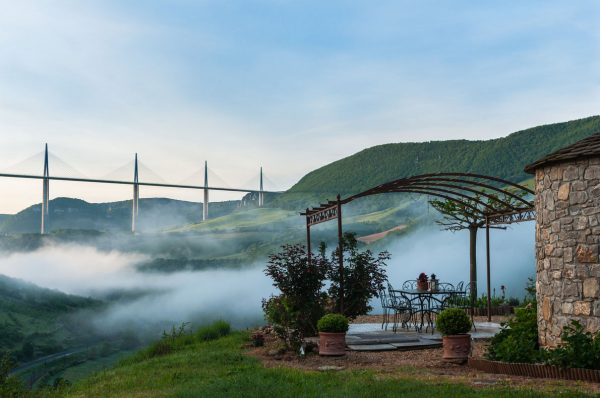 The Millau Viaduct Aveyron – France
The Millau Viaduct is a cable-stayed bridge that spans the valley of the River Tarn near Millau in southern France.
Designed by the French structural engineer Michel Virlogeux and British architect Norman Foster, it is the tallest bridge in the world with one mast’s summit at 343.0 metres (1,125 ft) above the base of the structure. It is the 12th highest bridge deck in the world, being 270 metres (890 ft) between the road deck and the ground below. Millau Viaduct is part of the A75-A71 autoroute axis from Paris to Montpellier. Construction cost was approximately €400 million. It was formally inaugurated on 14 December 2004, and opened to traffic on 16 December. The bridge has been consistently ranked as one of the great engineering achievements of all time. 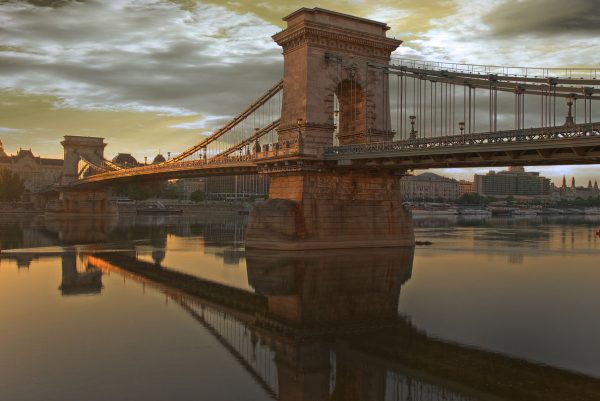 The Chain Bridge Budapest – Hungary
The Széchenyi Chain Bridge is a suspension bridge that spans the River Danube between Buda and Pest, the western and eastern sides of Budapest, the capital of Hungary. Designed by the English engineer William Tierney Clark, it was the first permanent bridge across the Danube in Hungary, and was opened in 1849. 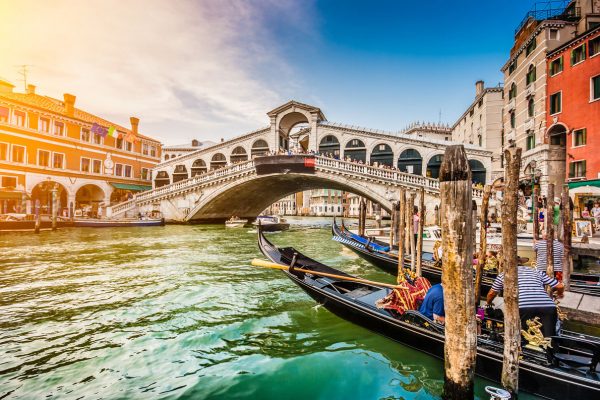 The Rialto Bridge Venice – Italy
The Rialto Bridge (Italian: Ponte di Rialto) is one of the four bridges spanning the Grand Canal in Venice, Italy. It is the oldest bridge across the canal, and was the dividing line for the districts of San Marco and San Polo. 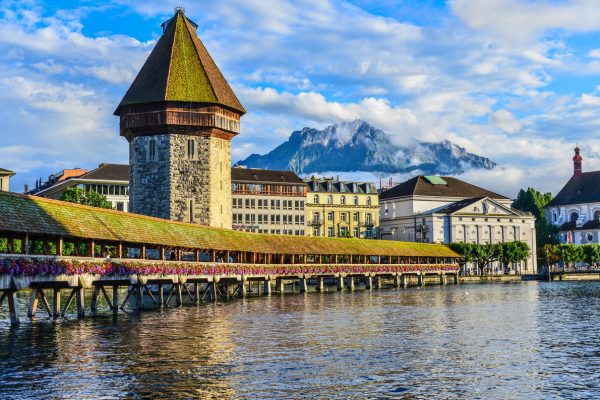 The Chapel Bridge Lucerne – Switzerland
Constructed in first half of the 14th century as a part of the city’s fortifications and named after St. Peter’s Chapel, which is located nearby.
The paintings that were added in the 17th century illustrate scenes of Swiss and local history, including the biographies of the city’s patron saints, St. Leodegar and St. Maurice.

The Puente Nuevo Bridge Ronda – Spain
The New Bridge is, together with the bullring of the Royal Cavalry Order of Ronda, symbol and soul of the city.
There were two great ideas in order to built this bridge. The first of them was thought in 1735, being king Philip V, consisting of a 35 metres diameter arch, and whose works finished only 8 months later. 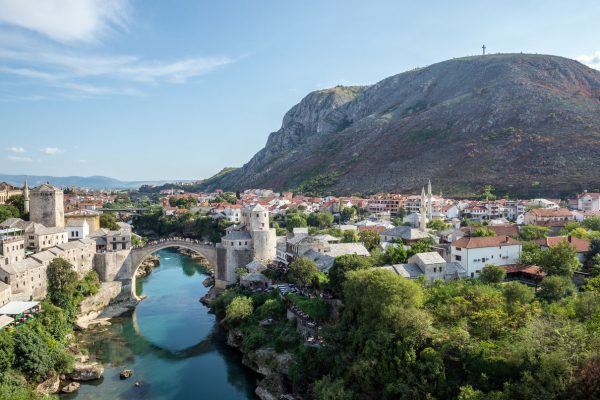 The Old Bridge Mostar – Bosnia and Herzegovina
Stari Most (English: Old Bridge) is a reconstruction of a 16th-century Ottoman bridge in the city of Mostar in Bosnia and Herzegovina that crosses the river Neretva and connects two parts of the city. The Old Bridge stood for 427 years, until it was destroyed on 9 November 1993 by Croat forces during the Croat–Bosniak War. Subsequently, a project was set in motion to reconstruct it, and the rebuilt bridge opened on 23 July 2004.
One of the country’s most recognizable landmarks, it is also considered one of the most exemplary pieces of Islamic architecture in the Balkans and was designed by Mimar Hayruddin. 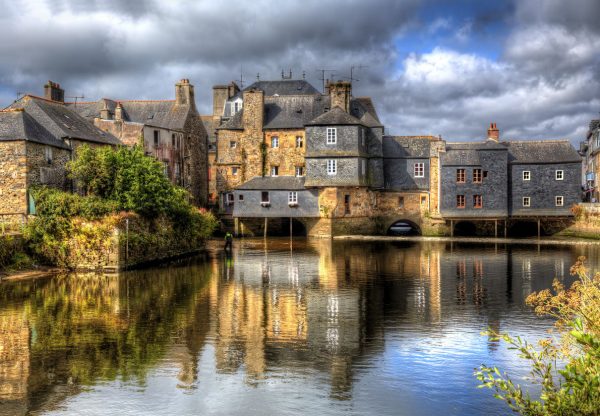 Pont de Rohan Bridge Finistere – France
There are precious few inhabited bridges in the world, and they are constructions unlike any other. The Pont De Rohan in Landerneau (France), with its shops, restaurants and homes, was one of the last inhabited bridges to be built in Europe, having celebrated its 500th birthday in 2010.
You can find traces of a bridge over the Elorn that connected the lands of Léon and Cornouaille way back in the 12th century. The stone bridge that can be seen today dates from 1510 and was built on the orders of the Viscount de Rohan. Its impressive pillars and 6 arches support buildings that have housed a succession of generations including millers and milliners, drapers and jewellers, saddlers and more… 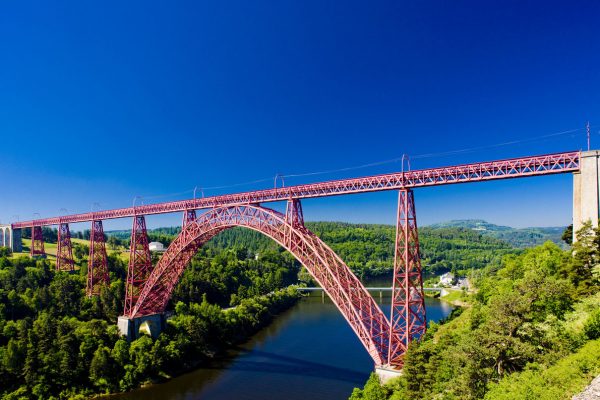 The Garabit Viaduct Cantal – France
By the end of the 1870s Eiffel & Cie, the company formed by Gustave Eiffel in partnership with Theophile Seyrig, had an established position among the leading French engineering companies. Between 1875 and 1877 the company had built the Maria Pia Bridge over the Douro at Porto, and when it was proposed to construct a railway between Marvejols and Neussargues in the Cantal department the work of constructing a viaduct to cross the River Truyère was given to Eiffel without the usual process of competitive tendering at the recommendation of the engineers of the state Highways Department since the technical problems involved were similar to those of the Maria Pia Bridge; indeed, it was Eiffel & Cie’s success with this project that had led to the proposal for a viaduct at Garabit. 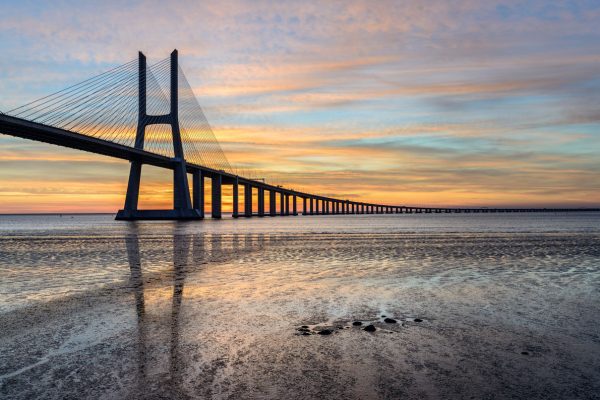 The Vasco da Gama Bridge Lisbon – Portugal
The Vasco da Gama Bridge is a cable-stayed bridge flanked by viaducts and rangeviews that spans the Tagus River in Parque das Nações in Lisbon, capital of Portugal. It is the longest bridge in Europe (including viaducts), with a total length of 17.2 km (10.7 mi).
Construction began on February 1995; the bridge was opened to traffic on 29 March 1998, just in time for Expo 98, the World’s Fair that celebrated the 500th anniversary of the discovery by Vasco da Gama of the sea route from Europe to India. 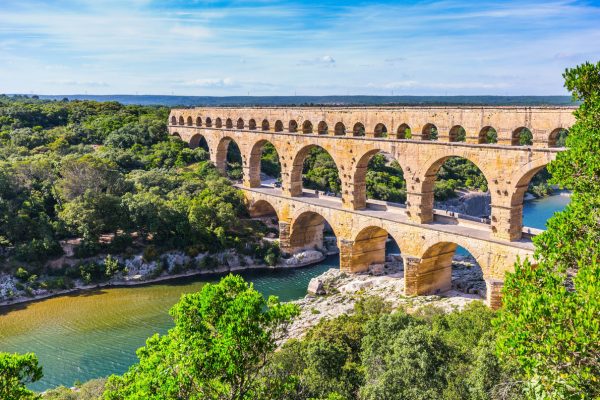 The Pont du Gard Bridge Gard – France
The Pont du Gard is an ancient Roman aqueduct bridge that crosses the Gardon River in Vers-Pont-du-Gard near Remoulins, in the Gard département of southern France. It is part of the Nîmes aqueduct, a 50 km-long (31 mi) structure built by the Romans to carry water from a spring at Uzès to the Roman colony of Nemausus (Nîmes). Because the terrain between the two points is hilly, the aqueduct – built mostly underground – took a long, winding route that crossed the gorge of the Gardon, requiring the construction of an aqueduct bridge. Built in the 1st century AD, the Pont du Gard is the highest of all Roman aqueduct bridges and is, with the Aqueduct of Segovia, one of the best preserved. It was added to UNESCO’s list of World Heritage Sites in 1985 because of its historical importance.