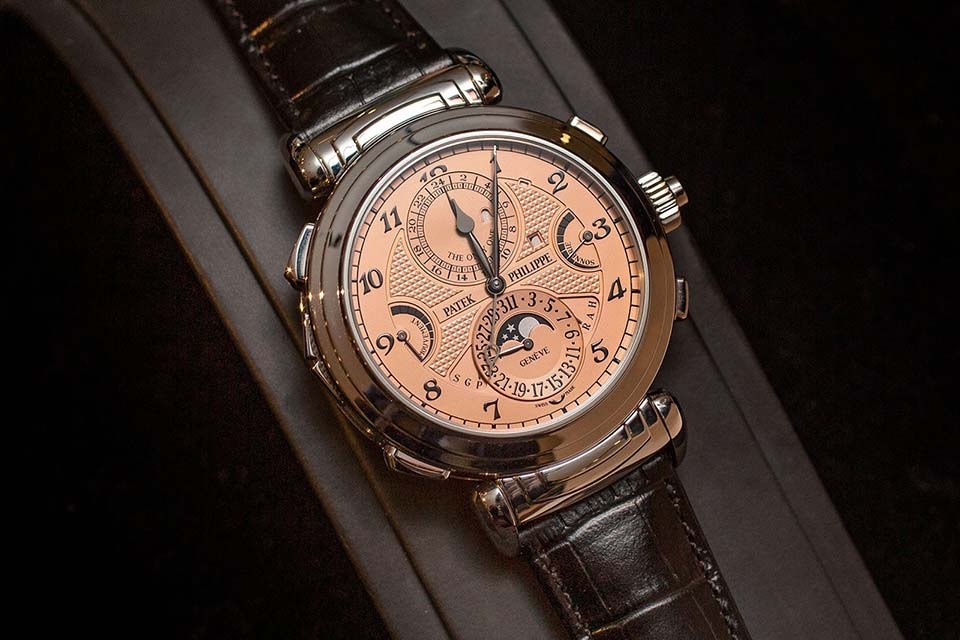 It was for this amount that this unique copy went under the hammer at the OnlyWatch charity auction held by Christie’s in November 2019 in Geneva. It is curious that the watch case is not made of platinum and not even of gold, but of steel. Well, after all, the cost of the metal itself in the price of such a product is a fraction of a percent. But there are as many as 20 functions, including several astronomical ones, and it took two dials for them: on one side, black, on the other, beige. Note that the proceeds (also astronomical) are directed to the fund for the fight against an incurable disease so far – Duchenne myopathy. This applies in general to all lots prepared by manufacturers for OnlyWatch in single copies.