Famous singers, actors, directors and even astronauts in ceremonial suits and white dresses. We look at how famous personalities of the USSR era got married and got married. 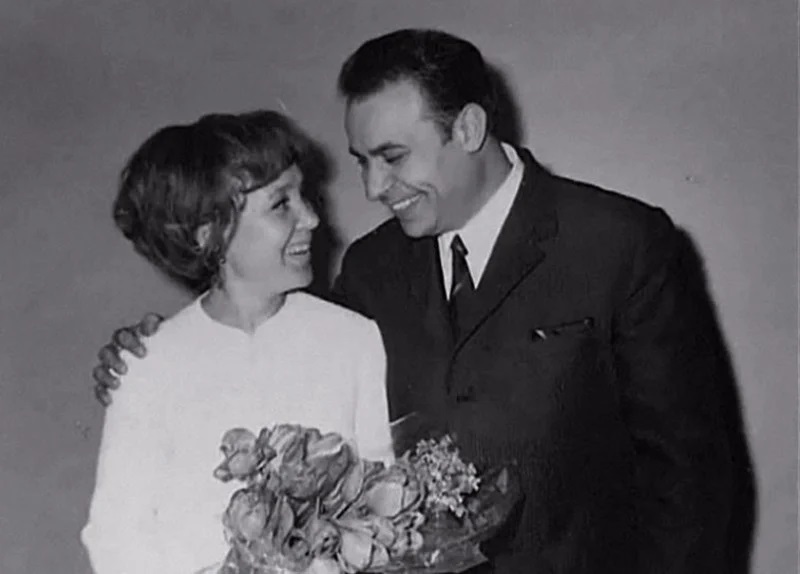 The favorite of the Soviet audience, Nadezhda Rumyantseva, was married twice. The marriage with diplomat Willie Hshtoyan was her second and last. Their union, which lasted more than 40 years, can be called truly happy and harmonious. 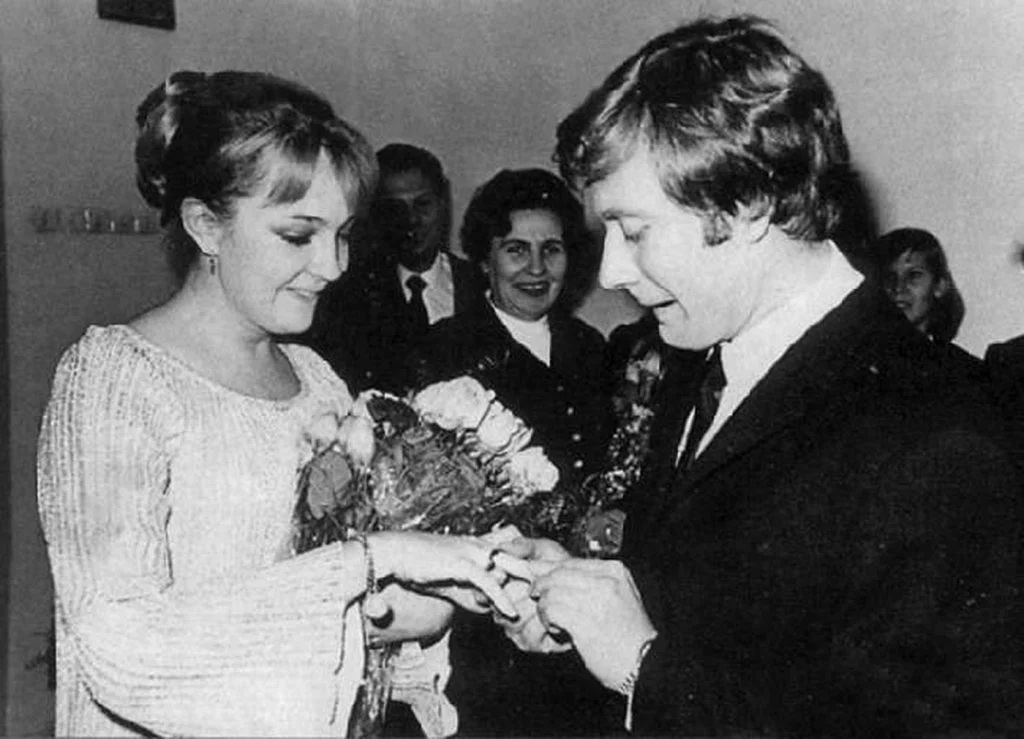 When Mironov proposed to Gradova, they had known each other for only a week. But the famous artist did not consider this a hindrance. According to rumors, he generally had such a weakness – to propose to the girls he liked almost on a second date.

Actress Lyudmila Porgina first saw Karachentsov on the stage of the theater and fell in love at first sight. For her, this marriage was already the third in a row. For Karachentsov – the first and only. 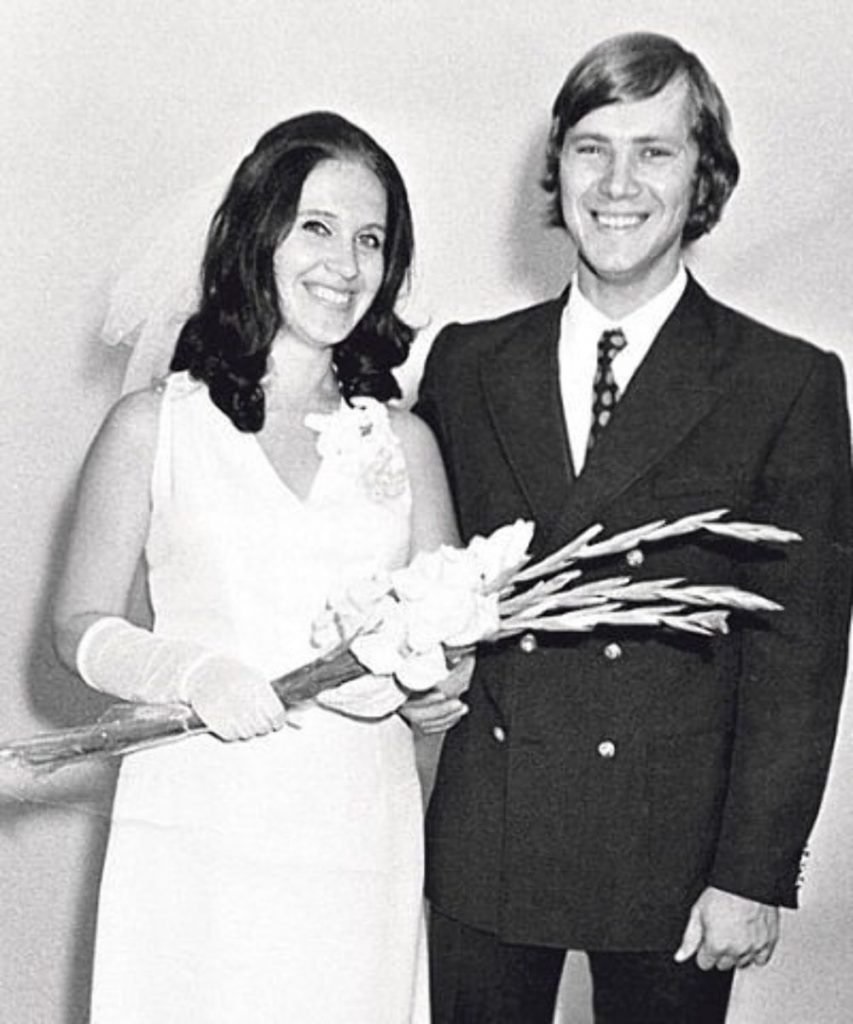 Babkina met her husband at the airport. He also toured the country with his team. On tour, the lovers almost never parted. They have already returned to Moscow together and immediately applied to the registry office. 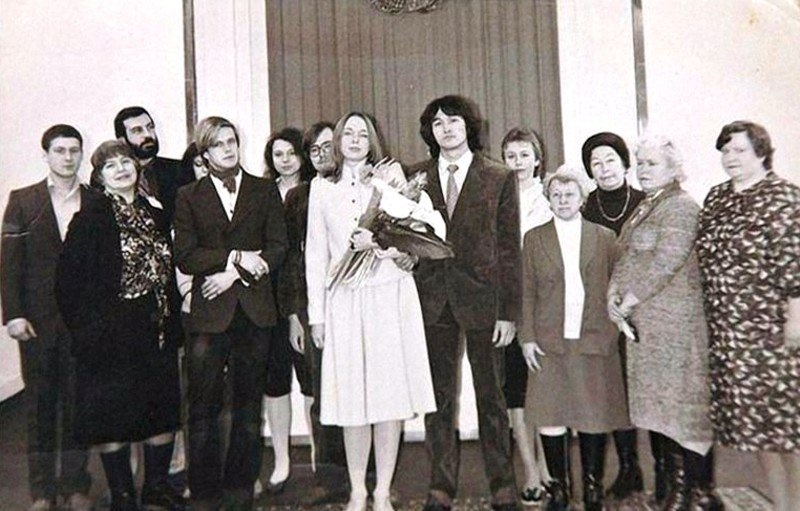 The only official wife of Viktor Tsoi was Marianna Kovaleva, administrator and producer of the “Kino” group. In marriage, they had a son, Alexander. However, their union could not be called happy. It lasted only three years. Notice that Boris Grebenshchikov is standing on the photo to the left of the bride. 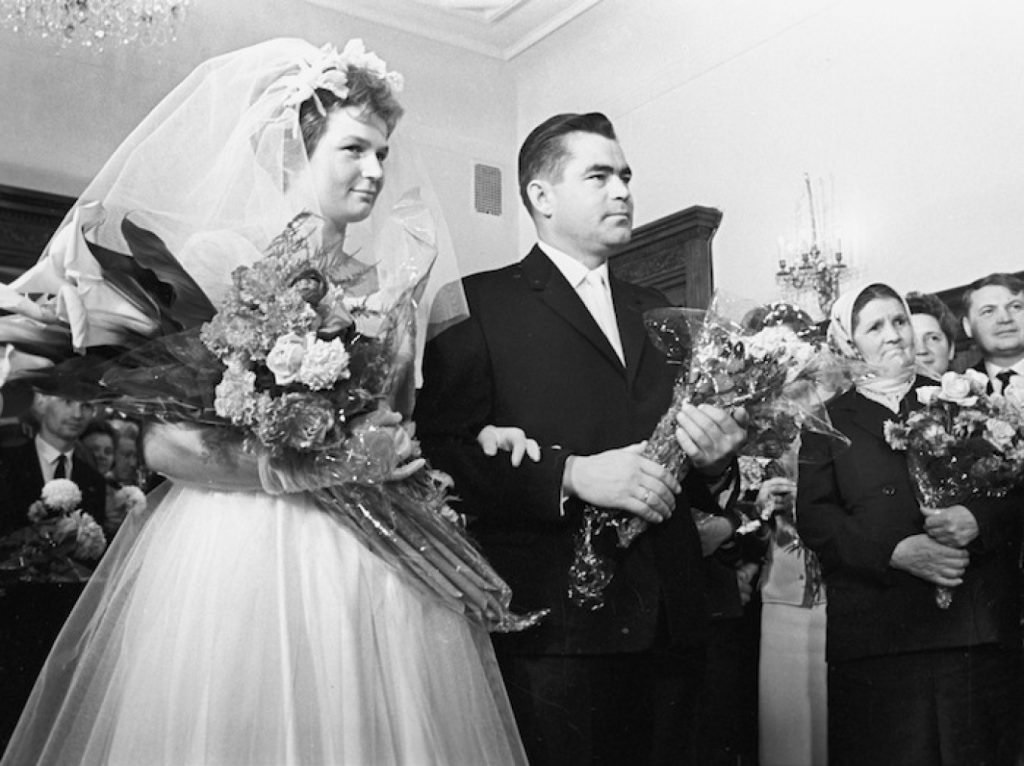 Andriyan, like Valentina, was an astronaut. At one time, their couple was awarded the title of the first “space” married couple. The wedding was personally organized by Nikita Khrushchev. There is even a version that young people were simply ordered to marry. 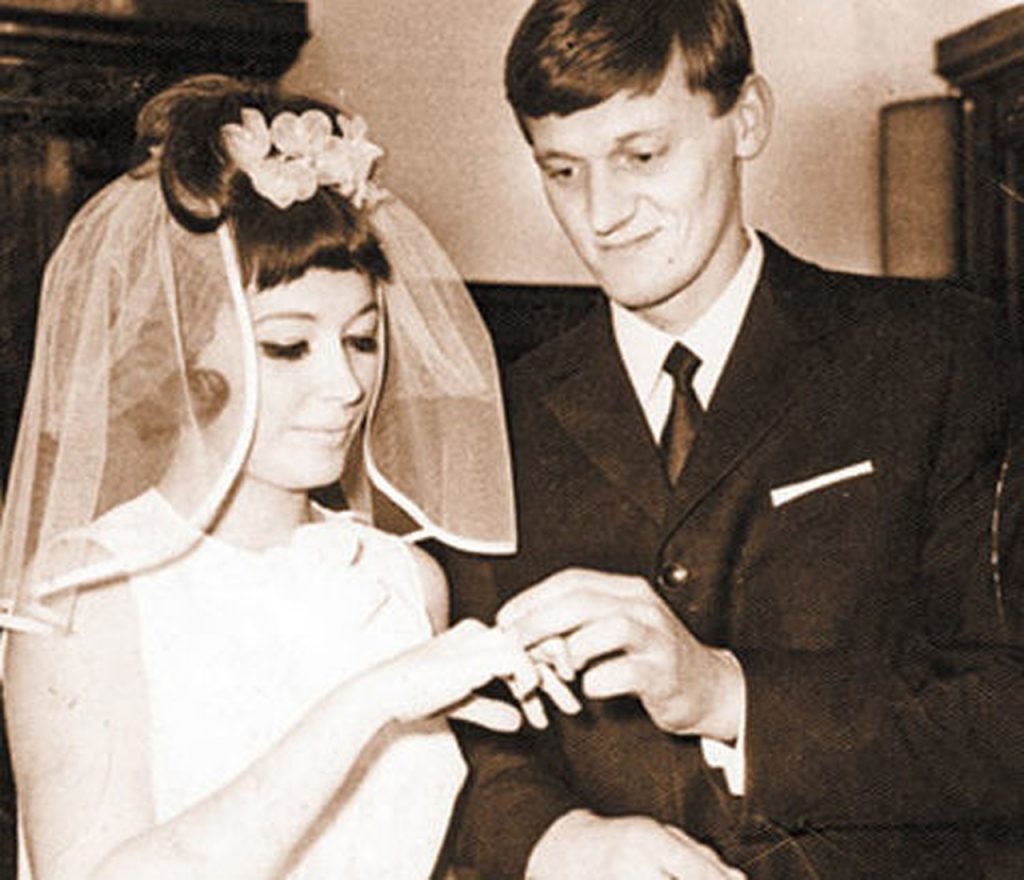 Pugacheva and Orbakas studied together at the circus school. Mykolas worked as a clown. When the lovers went to the registry office, Pugacheva turned 20. Ahead of her was a dizzying career on the stage. 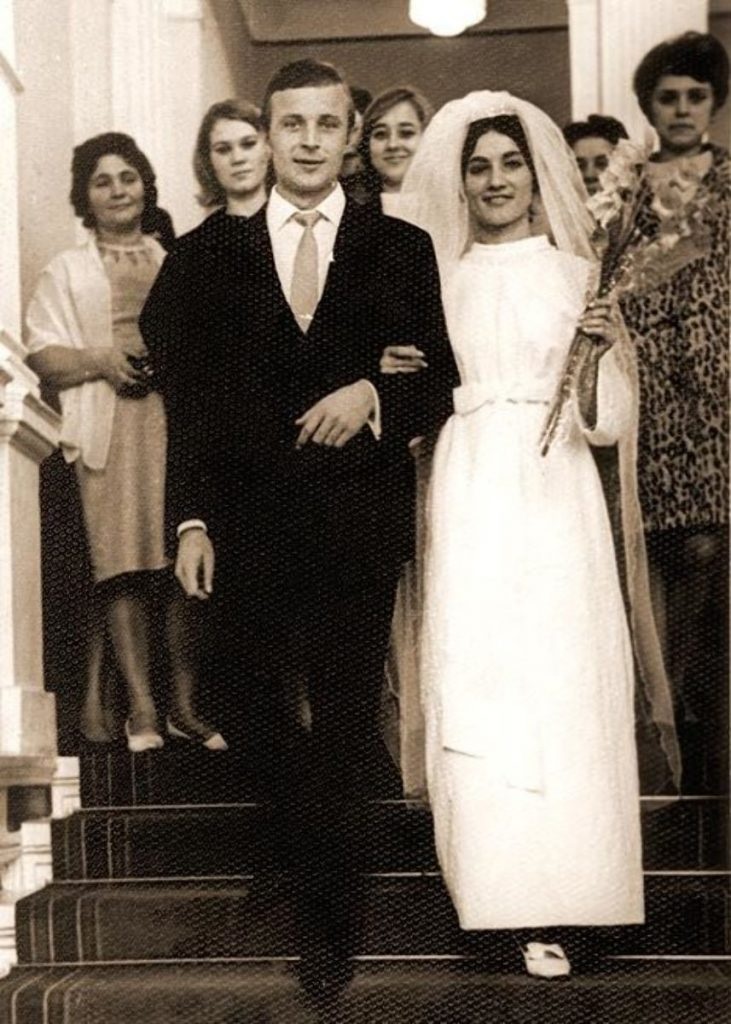 Anatoly Evdokimenko first saw Rotaru on the cover of Ukraine magazine. Then he was serving in the army in Nizhny Tagil. He promised his comrades that, upon returning to his homeland, he would definitely meet a talented countrywoman. Returned. I found and even fell in love with an unapproachable beauty. 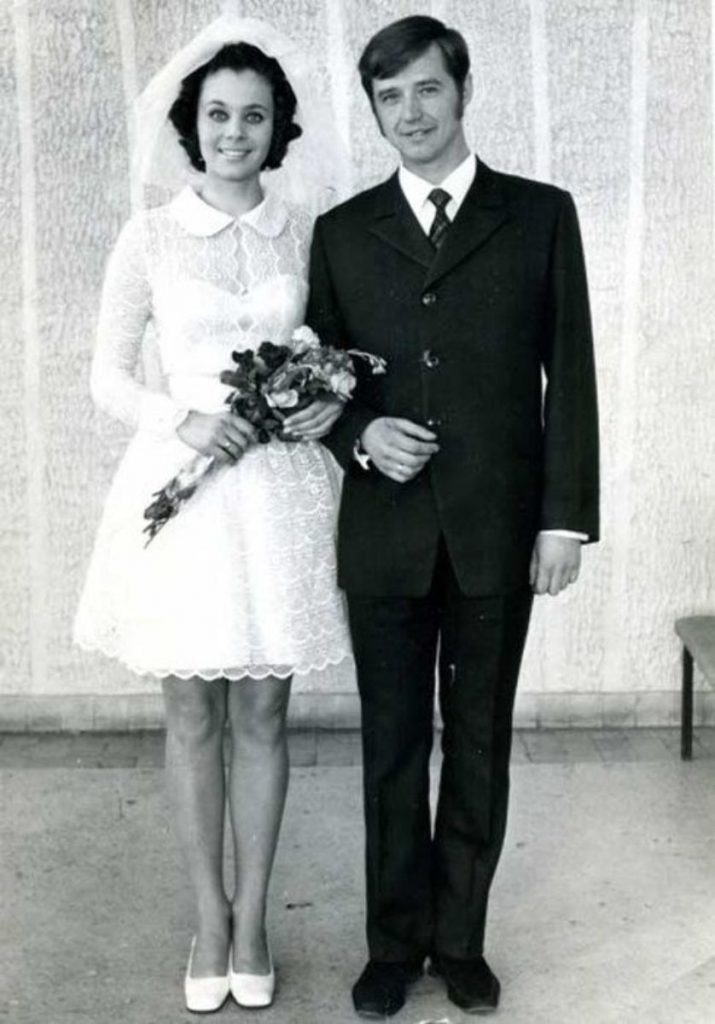 Lyubov and Valery met at the All-Russian Creative Workshop of Variety Art. After graduation, Makarov was taken into the army. When he returned, the lovers played a long-awaited wedding. 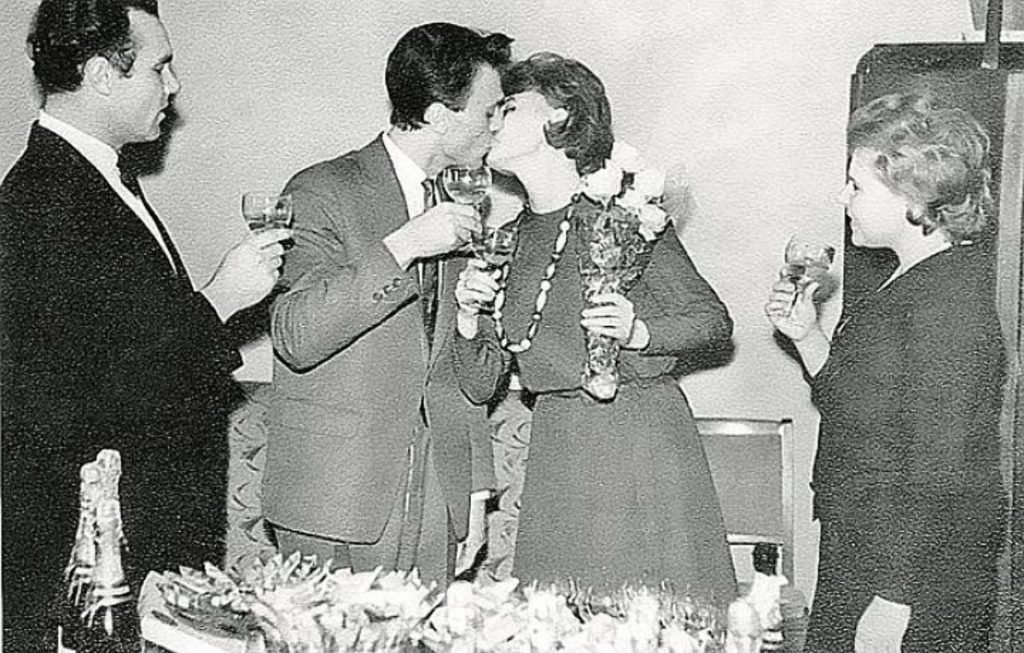 Alentova and Menshov met at the Moscow Art Theater School. In their sophomore year, they decided to get married. According to Vladimir Valentinovich, their wedding looked like a real horror movie. There was no money. I had to go to the registry office by tram. Friends were paying for a bottle of champagne offered by the employees of the institution.